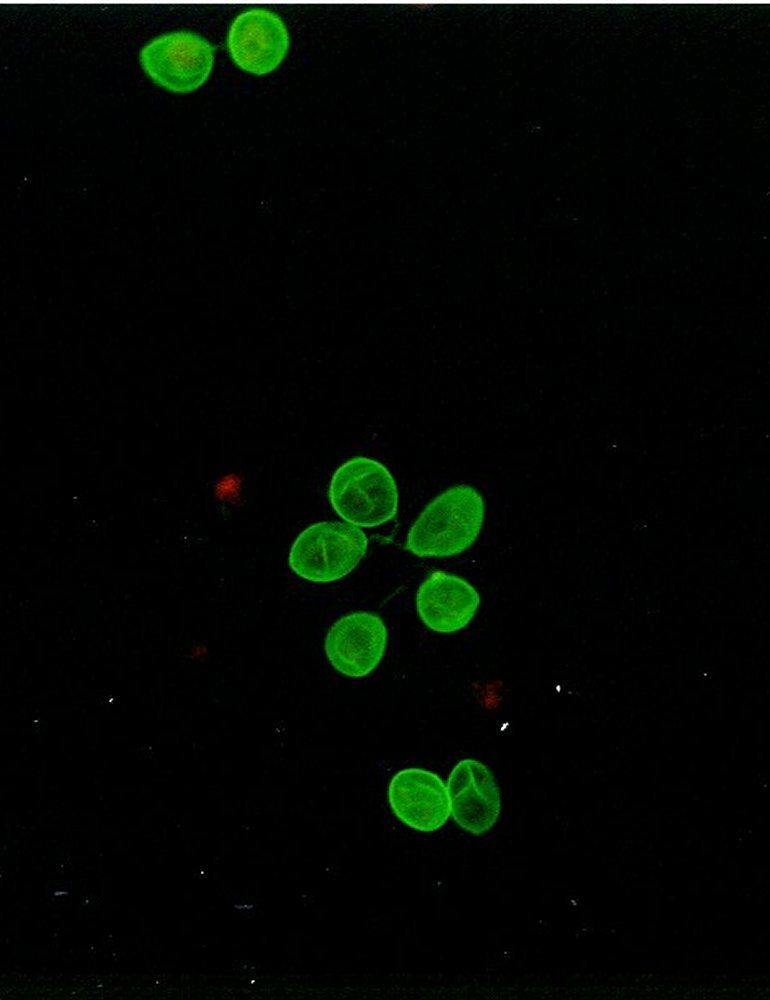 Giardia is a binucleated flagellate protozoa which exists in two forms; a non-infectious, pear-shaped trophozoite, 9-20 microns, infecting the small intestine, and the highly infectious cyst form which is elliptical in shape and ranges in size from 8-12 microns. Survival outside the host varies greatly between the two forms; the trophozoite which is extremely labile, lasts only a matter of hours outside the body, while the cysts may survive for several days in an external environment. Giardia is a common cause of gastrointestinal disease worldwide and of waterborne diarrhoea. The parasite has been responsible for infections due to water contamination and travellers have been found to contract giardiasis from endemic areas. Transmission also occurs by direct contact, especially in asymptomatic carriers and by food contamination. High risk categories include young children, immunocompromised patients and those without previous exposure. More recently, giardiasis has become a common sexually transmitted disease.

Giardia has been found in all animal hosts studied. Animal faecal contamination especially of water is another route of transmission in humans. Giardiasis may therefore be regarded as a zoonosis. Clinical manifestations of giardiasis range from asymptomatic carriage with the passing of cysts to chronic debilitating diarrhoea, weight loss and malabsorption.

The Cellabs Giardia CEL IFA kit is used to stain Giardia cysts in a range of samples such as faecal, water and other samples derived from the environment. A specialised Giardia concentrated reagent can be purchased without Evans Blue or with Evans Blue as a counterstain.

Cellabs produces a number of specialised products for Cryptosporidium and Giardia. We have recently developed a 15-minute Cryptosporidium stain specifically for use in water testing. This can be provided as a reagent with Evans Blue or without Evans Blue as a counterstain.  Equivalent products for Giardia and  Crypto/Giardia product range is also available.